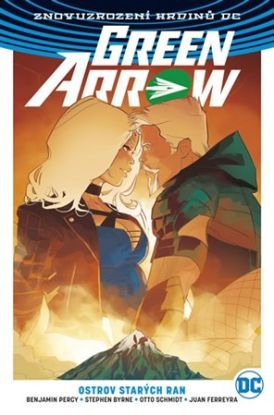 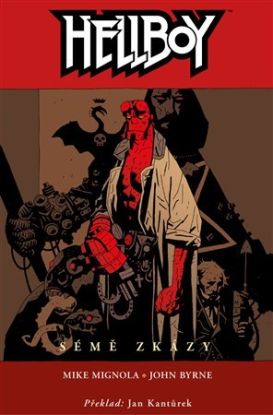 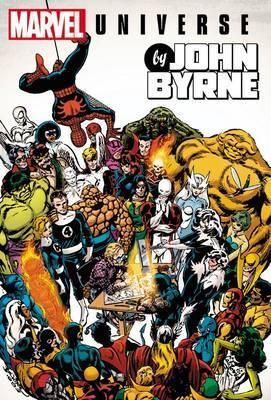 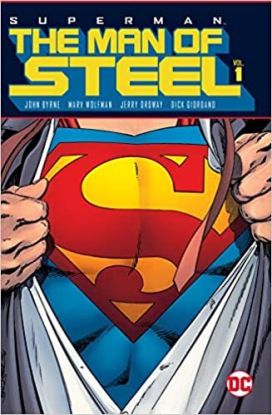 Superman The Man of Steel 1

John Byrne
Superman is reinvented from the ground up in this omnibus collection of stories that defined the Man of Steel for decades! Following the events of Crisis on Infinite Earths, comic book superstar John Byrne reimagined Superman for a brand-new era--in bold tales collected here in omnibus format! Starting with the six-issue Man of Steel miniseries, Byrne fundamentally changed Superman's origins and propelled him into the present, including iconic encounters with Lex Luthor, Metallo, Darkseid--and The Joker! Collects Action Comics #584-593, Action Comics Annual #1, Adventures of Superman #424-435, Adventures of Superman Annual #1, Legion of Super-Heroes #37-38, Superman #1-11, Superman Annual #1, The Man of Steel #1-6.
Vypredané
47,45 € 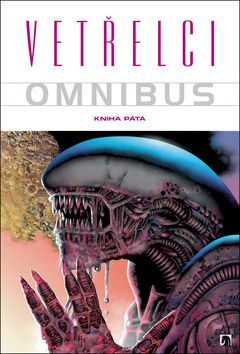 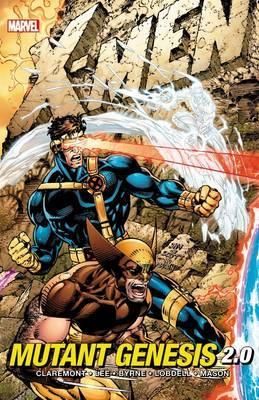 Chris Claremont
A fresh take on a classic saga! Magneto's future, Wolverine's past - and the X-Men in between! Magneto acquires a new army, the Hand revives an old enemy, and it's up to the X-Men to stop both. But from Asteroid M to Weapon X, Marvel's mightiest mutants are getting brainwashed wherever they go! Featuring mysteries from Wolverine's history, the first flashback appearance of Team X -plus Acolytes, ninjas and much more! It's the opening issues of 1991's blockbuster X-Men series like you've never seen them before - remastered and fully recolored in a slick modern style! COLLECTING: X-MEN (1991) 1-7
Vypredané
20,43 € 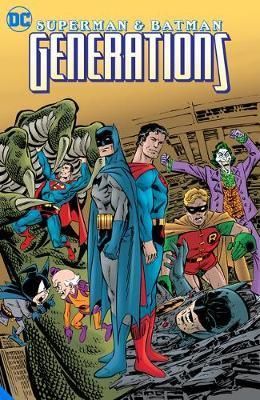 John Byrne
They are the world's two greatest superheroes. Superman. The Last Son of Krypton. Batman. The Dark Knight Detective. In 1939, at the dawn of their careers, Metropolis s Man of Steel and Gotham City s Caped Crusader meet for the first time, teaming up to battle the fearsome Ultra-Humanite. As the years pass, their paths cross time and time again. Facing menaces as diverse as the Joker, Lex Luthor, and Mr. Mxyzptlk, they must combine their skills and powers to avert disaster. But even as they pass their mantles to a new generation of heroes, enemies from their pasts conspire against them. And at the brink of the 21st century, startling revelations will forever change the legacies of the world s finest heroes! For the first time, Superman & Batman: Generations Omnibus collects John Byrne s (Superman: The Man of Steel) entire epic saga chronicling the life and times of Clark Kent, Bruce Wayne, and their families as their lives progress through the ages. Includes Superman & Batman: Generations #1-4, Superman & Batman: Generations II #1-4 and Superman & Batman: Generations III #1-12!
Vypredané
71,20 € 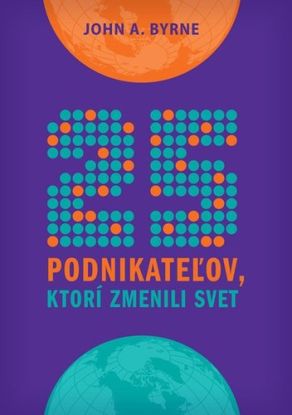 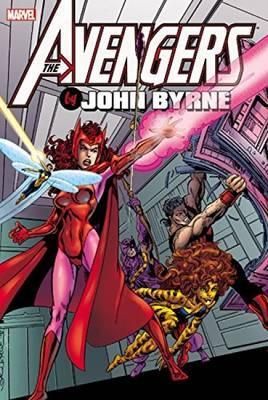 John Byrne
Earth's Mightiest Heroes by one of comics' biggest names! John Byrne transforms the West Coast Avengers, as the dismantling of the Vision sets the android's bewitching wife Wanda down a path that is far darker than scarlet! On the East Coast, Byrne steers the Avengers through attack by the Lava Men and into the Negative Zone in search of the Eternals! Then along comes a spider as a friendly neighborhood wallcrawler joins the Assemblers on a journey to the stars! COLLECTING: WEST COAST AVENGERS (1985) 42-46; AVENGERS WEST COAST 47-62, ANNUAL 4; AVENGERS (1963) 305-318, ANNUAL 18
Vypredané
81,70 € 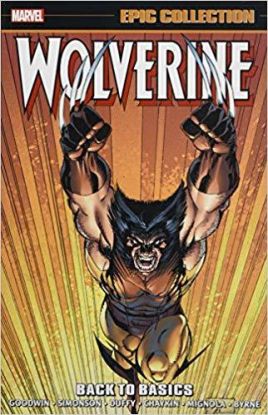 Wolverine Epic Collection Back to Basics

Archie Goodwin, David Peter
Wolverine and Nick Fury face Scorpio! An old friend's death leads Logan to Fury...and the Swift Sword terrorist organization! But what is the surprising secret under the new Scorpio's mask? Then, Wolverine travels to the untamed jungle of the Savage Land -so why is he fi ghting cyborgs? And which longtime X-Men foe is responsible? When his old foe Roughouse is kidnapped, Wolverine follows a trail of tainted cocaine from Madripoor to Central America -but can the young revolutionary La Bandera help a sick and infected Wolverine survive against Tiger Shark and bring down a corrupt regime? Plus: Logan must avenge an old friend...but can he uncover the secret of the Master Form -without his memories? Featuring atmospheric artwork by several of Marvel's finest! COLLECTING: VOL. 2: WOLVERINE (1988) 17-30, WOLVERINE/NICK FURY: THE SCORPIO CONNECTION GN, WOLVERINE: THE JUNGLE ADVENTURE
Vypredané
37,95 € 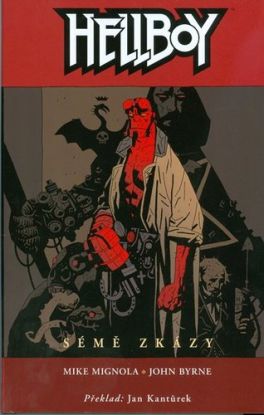 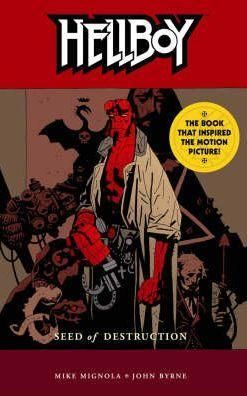 John Byrne, Mike Mingola
The basis of Guillermo del Toro's new film. When strangeness threatens the world, a strange man will come to save it. Sent to investigate a mystery with supernatural overtones, Hellboy learns the secrets of his origins, and his link to the Nazi occultists who promised Hitler a final solution in the form of a demonic avatar.
Vypredané
18,04 € 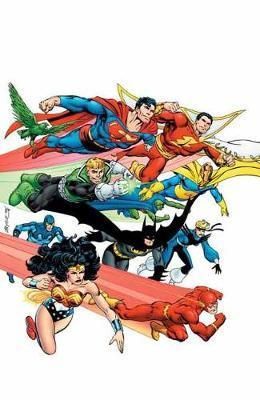 John Byrne
Legendary creator John Byrne's hard-to-find works at DC are now collected here in their entirety in this deluxe edition hardcover: DC UNIVERSE BY JOHN BYRNE! During the 1980s, John Byrne revolutionized the comics industry with his genre-defining reboot of Superman in the MAN OF STEEL series, as well as his work with the Amazon Warrior in WONDER WOMAN. However, it was his work as a writer and artist on the other heroes and villains in the DC Universe that solidified his place as one of the legends at the imprint. With tales featuring Batman, Green Lantern, the Atom and Hawkman, John Byrne's stories are some of the greatest ever told! This hardcover graphic novel collection includes UNTOLD LEGEND OF BATMAN #1, NEW TEEN TITANS ANNUAL #2, OUTSIDERS #11, GREEN LANTERN ANNUAL #3, SECRET ORIGINS ANNUAL #1, WORLD OF SMALLVILLE #1-4, SUPERMAN ANNUAL #2, WORLD OF METROPOLIS #1-4, POWER OF THE ATOM #6, CHRISTMAS WITH SUPER HEROES #2, GREEN LANTERN: GANTHET'S TALE #1, THE FLASH 80-PAGE GIANT #1, BATMAN: GOTHAM KNIGHTS #2, DC COMICS PRESENTS: HAWKMAN #1, DCU BRAVE NEW WORLD #1 and DCU INFINITE HOLIDAY SPECIAL #1. Written by JOHN BYRNE, CARY BATES, LARRY NIVEN, MARV WOLFMAN, PAUL KUPPERBERG, ROGER STERN and others Art by JOHN BYRNE, JOSE LUIS GARCIA-LOPEZ, KURT SCHAFFENBERGER and others Cover by JOHN BYRNE
Vypredané
36,58 € 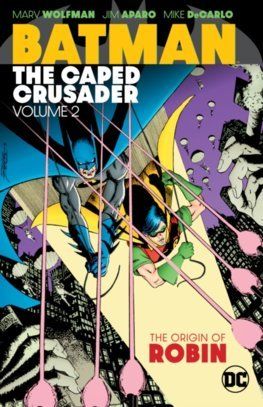 Wolfman Marv, John Byrne
This new collection of 1980s Batman tales includes the legendary story A Lonely Place of Dying, in which a new Robin emerges in the form of computer hacker Tim Drake, who rescues Batman from the Joker and Two-Face. This volume also includes the mystery story The Many Deaths of Batman, and a run of stories in which the Dark Knight must stop crimeboss Zucco. Collects BATMAN #433-444 and BATMAN ANNUAL #13.
Vypredané
28,45 €
1