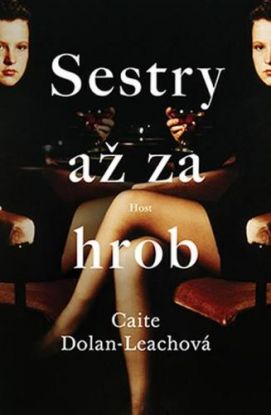 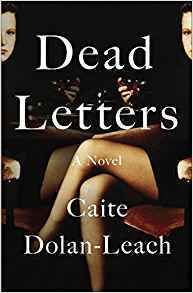 Caite Dolan-Leachová
A missing woman leads her twin sister on a twisted scavenger hunt in this clever debut novel that will keep you guessing until the end—for readers of Gone Girl and The Girl Before. “Ahoy, Ava! Welcome home, my sweet jet-setting twin! So glad you were able to wrest yourself away from your dazzling life in the City of Light; I hope my ‘death’ hasn’t interrupted anything too crucial.” Ava Antipova has her reasons for running away: a failing family vineyard, a romantic betrayal, a mercurial sister, an absent father, a mother slipping into dementia. In Paris, Ava renounces her terribly practical undergraduate degree, acquires a French boyfriend and a taste for much better wine, and erases her past. Two years later, she must return to upstate New York. Her twin sister, Zelda, is dead. Even in a family of alcoholics, Zelda Antipova was the wild one, notorious for her mind games and destructive behavior. Stuck tending the vineyard and the girls’ increasingly unstable mother, Zelda was allegedly burned alive when she passed out in the barn with a lit cigarette. But Ava finds the official explanation a little too neat. A little too Zelda. Then she receives a cryptic message—from her sister. Just as Ava suspected, Zelda’s playing one of her games. In fact, she’s outdone herself, leaving a series of clues about her disappearance. With the police stuck on a red herring, Ava follows the trail laid just for her, thinking like her sister, keeping her secrets, immersing herself in Zelda’s drama and her outlandish circle of friends and lovers. Along the way, Zelda forces her twin to confront their twisted history and the boy who broke Ava’s heart. But why? Is Zelda trying to punish Ava for leaving, or to teach her a lesson? Or is she simply trying to write her own ending? Featuring a colorful, raucous cast of characters, Caite Dolan-Leach’s debut thriller takes readers on a literary scavenger hunt for clues concealed throughout the seemingly idyllic wine country, hidden in plain sight on social media, and buried at the heart of one tremendously dysfunctional, utterly unforgettable family. New and noteworthy in USA Today! “Dolan-Leach’s clever thriller explores the fraying ties that bind twin sisters. . . . Readers will enjoy this full-bodied novel about a family of vintners.”—The New York Times Book Review “The disappearance of Ava’s wild-child twin is just the beginning of this roller-coaster read that’s as enthralling as it is WTF?!”—Cosmopolitan “Ava, the star of this atmospheric debut, isn’t convinced her calculating twin sister, Zelda, is really dead—especially after she starts getting enigmatic emails from Zelda’s account, propelling her on a complicated hunt for the truth.”—Entertainment Weekly (“The Must List”) “We do love a good mystery, and Dolan-Leach’s debut novel is a prime example of the form. . . . Dead Letters centers around the most dysfunctional of families, and reading it feels like embarking on a literary scavenger hunt that you never want to end.”—Nylon “Dolan-Leach’s debut reads like an Agatha Christie novel set in a world with internet access. . . . The action unfolds with a kind of playful theatricality and cleverness that is totally and utterly engrossing.”—i-D (Vice) “Dolan-Leach nimbly entwines the clever mystery of Agatha Christie, the wit of Dorothy Parker, and the inebriated Gothic of Eugene O’Neill.”—Kirkus Review
Viac informácií
Vypredané
16,10 €
1