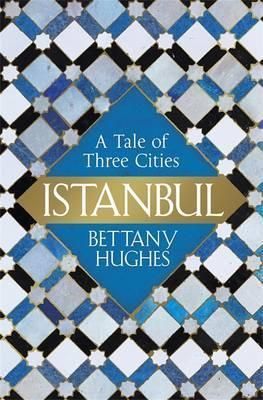 Bettany Hughes
Categories: European History Asian History Istanbul 28% off Share Istanbul : A Tale of Three Cities 4.51 (33 ratings by Goodreads) Hardback English By (author) Bettany Hughes 22,29 € 30,99 € You save 8,70 € Also available in CD-Audio 35,34 € Free delivery worldwide Available. Dispatched from the UK in 3 business days When will my order arrive? Description Istanbul has always been a place where stories and histories collide and crackle, where the idea is as potent as the historical fact. From the Qu'ran to Shakespeare, this city with three names - Byzantium, Constantinople, Istanbul - resonates as an idea and a place, and overspills its boundaries - real and imagined. Standing as the gateway between the East and West, it has served as the capital of the Roman, Byzantine, Latin and Ottoman Empires. For much of its history it was known simply as The City, but, as Bettany Hughes reveals, Istanbul is not just a city, but a story. In this epic new biography, Hughes takes us on a dazzling historical journey through the many incarnations of one of the world's greatest cities. As the longest-lived political entity in Europe, over the last 6,000 years Istanbul has absorbed a mosaic of micro-cities and cultures all gathering around the core. At the latest count archaeologists have measured forty-two human habitation layers. Phoenicians, Genoese, Venetians, Jews, Vikings, Azeris all called a patch of this earth their home.Based on meticulous research and new archaeological evidence, this captivating portrait of the momentous life of Istanbul is visceral, immediate and scholarly narrative history at its finest.
Viac informácií
Vypredané
30,35 € 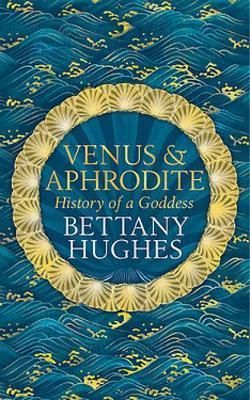 Bettany Hughes
Through ancient art, evocative myth, exciting archaeological revelations and philosophical explorations Bettany Hughes shows why this immortal goddess endures through to the twenty-first century, and what her journey through time reveals about what matters to us as humans. Charting Venus's origins in powerful ancient deities, Bettany demonstrates that Venus is far more complex than first meets the eye. Beginning in Cyprus, the goddess's mythical birthplace, Bettany decodes Venus's relationship to the Greek goddess Aphrodite, and, in turn, Aphrodite's mixed-up origins both as a Cypriot spirit of fertility and procreation - but also, as a descendant of the prehistoric war goddesses of the Near and Middle East, Ishtar, Inanna and Astarte. On a voyage of discovery to reveal the truth behind Venus, Hughes reveals how this mythological figure is so much more than nudity, romance and sex. It is the both the remarkable story of one of antiquity's most potent forces, and the story of human desire - how it transforms who we are and how we behave.
Viac informácií
Vypredané
12,30 €
1