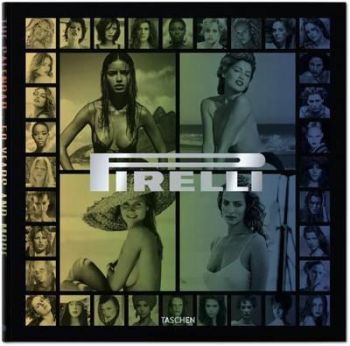 Pirelli - The Calendar. 50 Years And More

Daverio Philippe
The notoriously exclusive Pirelli Calendar, featuring glamorous shots of beautiful women, was first published in 1964. Reserved for important clients and VIPs, the calendar has since grown into a legend of its own, showcasing the beauty of models such as Alessandra Ambrosio, Gisele Bundchen, Naomi Campbell, Laetitia Casta, Cindy Crawford. Penelope Cruz, Milla Jovovich, Heidi Klum, Angela Lindvall, Sophia Loren, and Kate Moss. In celebration of the 50th anniversary of the now-legendary institution that is the Pirelli Calendar, TASCHEN brings you a retrospective volume reproducing the complete calendars, photographed by Richard Avedon, Peter Beard, Patrick Demarchelier, Nick Knight, Karl Lagerfeld, Inez van Lamsweerde and Vinoodh Matadin, Annie Leibovitz, Peter Lindbergh, Sarah Moon, Terry Richardson. Herb Ritts, Mario Sorrenti, Bert Stern, Mario Testino, Bruce Weber, and many more. Bonus features include rarely and never-before-seen behind-the-scenes images of the shoots, the unpublished 1963 calendar, and a selection of "censored" images deemed too risque by the editors of the time. Finally, the canceled 1986 Helmut Newton calendar will be revealed.With an introduction by Philippe Daverio and an interview with art directors Derek Forsyth and Martyn Walsh. The Pirelli Calendar was a marketing revelation when it debuted in the l960s-it took a familiar, even throwaway concept (the pin-up "garage calendar") and infused it with top fashion models, photographers, and the most desirable locations in the world. To this day it has retained its ability to fascinate and titillate all those who are fortunate enough to obtain a copy. This resplendent volume, for fans new and old alike, is the biggest and baddest ever devoted to the subject.
Viac informácií
Vypredané
56,95 €
1